Brent Gibson’s firm at 25: family legacy by design by Richard Mize on NewsOK.com 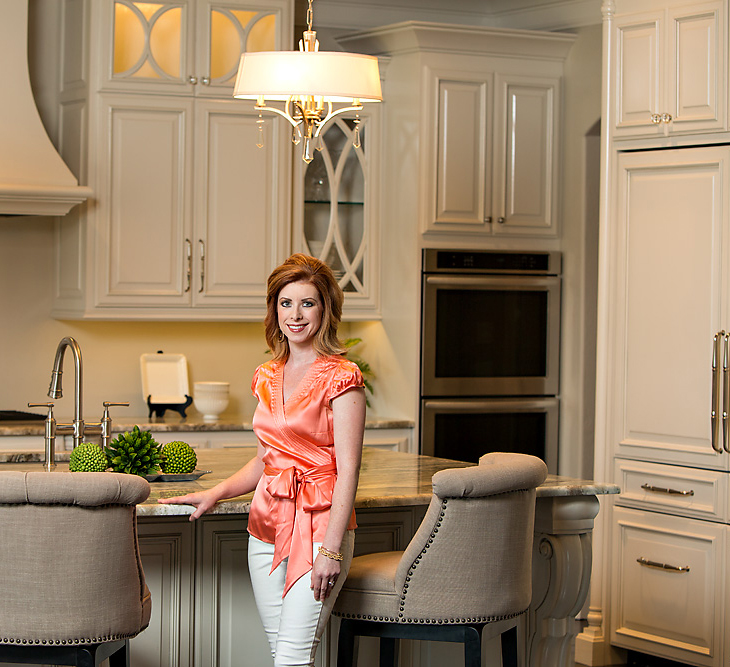 EDMOND — To say that Brent Gibson’s career in home design has been a family affair would be to get it exactly right — from the business itself to product and legacy.

Daughter Nicole, as a child, tagged along to job sites when her dad was a homebuilder in Colorado briefly in the 1980s.

Now she and her husband, Shane Rickey, work for Brent Gibson Home Design. She is an interior designer. He works with clients and builders in plan and home selection.

Daughter Natalie is a mortgage lender with The First State Bank, with an office nearby to her dad’s business at 415 W 15th St. Her husband, Ryan Francis, is a real estate agent with Keller Williams Elite in Oklahoma City.

After 25 years, the architectural legacy of Brent Gibson Classic Home Design is in plain view.

It can be seen in newer Nichols Hills, in Edmond’s Oak Tree and Iron Horse Ranch Estates, among many others, and in northwest Oklahoma City’s Muirfield Village, just-underway Camden Park and other neighborhoods where Gibson is the sole designer.

It is literally on display in Rose Creek, where Nicole and Shane Rickey’s home at 3325 NW 175 is a working model.

Their 1 1/2-story, 4,427-square-foot home is in the style of a Normandy French chateau — and it’s that aspect of Gibson’s legacy that is most important to him: lines that please the eye as well as connect to the vintage past.

“It’s very important to me to create one-of-a-kind classic designs and keep our heritage alive, the architecture that we’ve been given,” he said, as well as “to play on those designs.”

Consider the Rickeys’ home. The turret entry is the focal point. Pale blue-gray shutters help bring out the light stucco and stone.

“It’s very strong in the traditions of that architectural period for France,” Gibson said. “What we’ve done is we’ve reinterpreted a lot of the interiors with more of a transitional-contemporary look, a lighter, airier feel.”

“The colors are light. The elements are a little more streamlined, not quite as ornate as they maybe would have been (in the period),” Gibson said. “We’re still using a classic form of architecture, but we’re redoing it for today’s lifestyle, for what people want today in their homes.”

Shane Rickey pointed out that the exterior, while firmly in the French style, utilizes “fresh” textures “that are timeless so that they would blend with any new trends.”

Inside, he said, the influence is seen in “arches everywhere,” the ceiling dome in the master bedroom, the shape of the staircase and the design of cabinetry.

The home also is firmly in the here and now, he said. It’s a smart home, with systems operable by cellphone from “anywhere in the world.” A mother-in-law suite has its own single-car garage and separate entry.

Like the company, the design of the home itself was a family thing, Nicole Rickey said.

“When we sat down and planned the layout of the home — we have three children, three girls — we wanted to create a home that we could grow into as our girls grew, and we wouldn’t be outgrowing the space in a couple of years, needing a bigger home again,” she said. “We really put a lot of thought into their spaces and our family spaces and how everything would tie in together so it would just be a very comfortable home for our family to be in, but also for us to entertain in when we have family and friends over.”

It’s that kind of thinking that makes the Rickey home a model home and not just a display of products and design technique. Function, and how it relates to form, can be explained from a family perspective.

For example, Shane Rickey pointed out the line of sight from where he lays his head at night, through the door of the master bedroom, across and up the stairs — to a doorway where their youngsters can get a glimpse of their parents if need be. They didn’t want the girls to feel far away.

Then there’s the kitchen, with its huge island, walk-in pantry and complex of cabinetry.

“It really helps people, especially women, when they’re planning their kitchen, to see how the flow of a good plan and well-laid-out kitchen can work,” Nicole Rickey said. “It really helps them to see something they can actually walk around, and open drawers and see how everything is organized.”

Gibson, 59, said he never dreamed he’d have his own business for a quarter-century, and something to leave for his children.

To have designed a home for Toby Keith. And pro golfers Bob Tway and Scott Verplank. And Oklahoma State Cowboys football coach Mike Gundy. And most recently for Kevin Sumlin, football coach for the Texas A&M University Aggies.

Nothing like that seemed possible when Gibson moved to Edmond in his 30s after the stint in Colorado, which came after a decade of working in Weatherford melted away with the 1980s oil bust.

What seems likely is that demand for his approach to home design is as solid as his dedication to classic architecture adapted to clients’ lifestyles.

“There’s a great number of people who want classic architecture. Maybe they’ve been saving their money all of their lives and that’s their dream: to get a beautiful home,” Gibson said. “The main thing that I try to do is capture what they have in their mind and in their heart for their house. It’s always going to be in style, maybe changing with the times, maybe a little bit updated.”